scanning： author： from： time：2022-08-02 classify：行业新闻
In response to Nike\'s move to vigorously develop factory stores, many people in the industry expressed concern that domestic brands would be impacted. Nike\'s move would indeed have a certain degree of impact on local brands. At present, the volume is not large, but if the inventory is large, it will undoubtedly increase efforts, which must have an impact on local brands

Public data showed that at the end of last year, the total inventory of six domestic sports brands, Li Ning, Anta, 361du, Tebu, peak and trend, reached 3.721 billion yuan. Among them, peak's inventory increased rapidly. In the first half of 2012, its inventory has risen to 529 million yuan, an increase of 25.65%. Insiders said that this high inventory situation has not been alleviated until now.

According to media reports, at present, the net profit of 60% of listed garment enterprises has fallen sharply. In the performance reports released by 14 garment enterprises such as Anta, 361du and China garment, the proportion of net profit falling accounted for 61.5%, of which Anta's performance has fallen by 21.5% for the first time since its listing. In addition, this downward trend in performance is not unique this year. From the perspective of Li Ning's net profit, the net profit fell by 65.2% in 2011, and the revenue in the first half of 2012 decreased by 9.5% year-on-year.

In view of the current situation of high inventory and declining performance, some insiders previously said that it was mainly because the major sports brands misevaluated the market situation before the Olympic Games, resulting in oversupply in the market, and the inventory problem gradually became prominent with the end of the Olympic Games, of which Li Ning and Adidas were probably the most affected.

However, Zhang Qing believes that Adidas, the sponsor of the Beijing Olympic Games, found the problem earlier. "Adidas is to experience first and start first. It has experienced such a process. In terms of purchase and channel management, many models have been adjusted accordingly. So far, the situation will be relatively better." In addition to the "Post Olympic effect", factors such as rising costs and serious product homogenization have further exacerbated the high inventory. Major brands compete to inventory.

Such a high-scale inventory has undoubtedly become a key challenge for current sportswear brands and even the whole industry. How to deal with the inventory challenge and save the declining performance is testing the wisdom of these clothing brands.

In recent years, horse racing enclosure and scale expansion have become the means for many sports brands to compete. In particular, discount stores, e-commerce, and even self operated factory stores have become the main ways for major brands to destock. The reporter visited discount stores such as Shangpin discount and found that the clothing discounts of sports brands such as Li Ning and Anta have even reached 20% or 30% discount. On major shopping websites such as Taobao and Dangdang, discount advertisements of brands such as Nike and Li Ning can also be seen everywhere, as low as 30% or 40% discount is not uncommon.

At present, domestic sports brands are scrambling to destock, while international brand Nike is finally involved. On March 4, some media reported that Nike will probably add 40 to 50 self operated factory stores in China, which will be larger than before, and the coverage will also be expanded from first tier cities to second and third tier cities.

In response to the news that Nike has not yet confirmed externally, xiongxiaokun, a researcher in light industry of CIC consultant, said, "whether Nike really increases the investment scale of factories and stores is still unknown. Although Nike has strong advantages in brand and distribution ability, the pressure of Nike's de stocking is extremely huge. Cleaning up inventory through various channels is Nike's current focus."

However, in response to Nike's move to vigorously develop factory stores, many people in the industry expressed concern that domestic brands would be impacted. Zhang Qing said, "Nike's move will indeed have a certain impact on local brands. At present, the volume is not large, but if the inventory is large, it will undoubtedly increase efforts, which will inevitably have an impact on local brands."

From the current situation, no matter what way major brands take, it is a goal: clear inventory. No matter how the layout of their respective ways is, it will certainly not be a blind display. The establishment of channels must be done step by step on the basis of appropriate products and distribution methods. Under the current situation, it is not suitable to work fast. 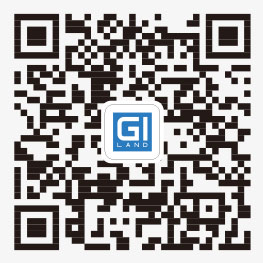